A History of Mens Personal Care or Grooming

Mens personal care or grooming in England has a fascinating history and reflects both changes in culture and international influence. We often think that men’s makeup and cologne’s are a relatively new fashion yet it is astounding that we can track personal care way back to the romans.

The Romans
It is thought that the earliest interest in male personal care in England probably commenced with the Roman occupation from 43 AD. The Romans establish private and communal baths to encourage overall cleanliness.
The communal baths they established also became renowned for men to gather and undergo various personal care rituals such as steaming to remove impurities from beneath their skin.

There is evidence that they used oil based perfumes diluted into baths and applications to treat skin blemishes.

Men’s personal care practices expanded with the Romans being some of the first to experiment with hair dyes. Blonde was the colour of choice, but the dyes they used were often so corrosive that a large percentage of men lost their hair completely.

By the middle of the 1st century AD, Men’s personal care in England consisted of practices such as hair removal and using pumice for cleaning teeth.

The use of makeup was also common practice amongst the Romans who were known to use kohl around their eye, chalk for whitening their complexion, and rouge for their cheeks.

The Middle Ages
During the early Middle Ages, the first examples of silvered glass were being used, eventually leading to the mirror as we know it, but with the fall of the Roman empire and the dominance of the church the popularity of men’s personal care and the use of makeup decreased with some religious leaders even condemning it as “the devil’s work” and the use of mirrors associated with witches.

It was during the 1200-1500’s that cosmetics as a specialty began separating from medicine to those used for men’s personal care, makeup and skin care and those used for the correction of disorders.

The Elizabethan Period
Throughout the reign of Elizabeth I ,men’s personal care became popular again: Rosemary water became a widely used as a hair product and sage became the go-to herb for teeth whitening. Bathing in wine, using an elderflower ointment, and applying a honey and egg mask were all apparently supposed to reduce wrinkles,

A pale complexion was considered to be a sign of good health and prestige as only wealthy people could afford to spend their time indoors where as poor subject would spend long hours working outside resulting in a tan.

One of the most common ways to achieve this white look was to use Ceruse, a foundation made with white lead and arsenic resulting in hundereds of early deaths. Whilst others preferred to apply sulphur, alum or tin ash.

At the start of the Elizabethan era, men used to wear their hair short which became longer as time went on. Long hair had to be curly and so many used hot irons to achieve that look and then used wax or gam to keep it in place.

Beards, which could be cut in lots of different shapes from round to square, from oblong to pointed, were also long and kept in place with starch.

The Oldest Barbershop in the World, as recognised by the Guinness Book of World Records began in Mayfair, London, in 1805 which was the Georgian period

The Victorian Period
The Victorian era saw the introduction of mass production, meaning that larger amounts of personal care products could be produced at a lower cost; As a result, soaps became the norm in most households Although it must be remembered that many of the working class would bathe in rivers or the town baths every few days and the barber was seen as an establishment frequented by the upper classes.

However In the mid-19th Century as a result of the Crimean War where the weather was freezing and soap supplies became hard to get hold of, men abandoned their barbers and began growing facial hair.

They were not growing the well-coiffed whiskers and neat moustaches but cultivating enormous moustaches and huge bushy beards.
Beards were the mark of a hero and even men who had never seen any military action began to grow them thus making beards the fashion of the day.
With this sprung up an industry supplying combs, brushes and clippers as men gradually chose to style their facial hair in different ways.

The 1900's Onwards
In the 1900s the first safety razor became available on the market. Although razors had been used for centuries before then. The safety razor made shaving at home a lot easier.
Personal care was encouraged by companies as a way of selling their products and with the rise of the cinema and television men’s personal care fashions became dictated by the screen icons of the day. Because of this phenomenon, men started to have access to a growing range of products the list of which has grown ever since and includes: pre-shave oils, shaving creams, shaving balms, moisturising creams, anti-ageing creams, anti-acne ointments, eye rollers, hair clays, pastes, pomades, and gels, shampoos, conditioners, face scrubs. 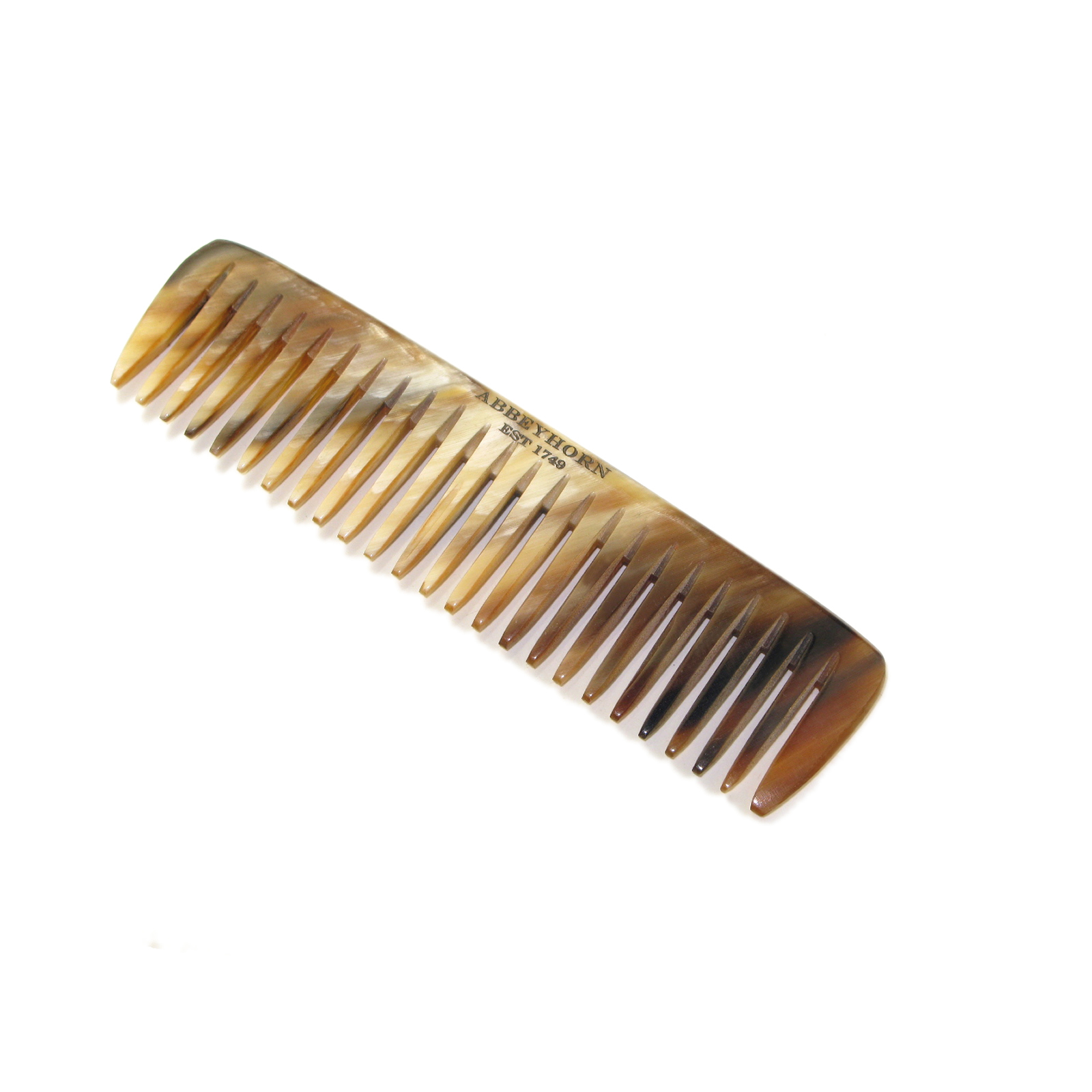 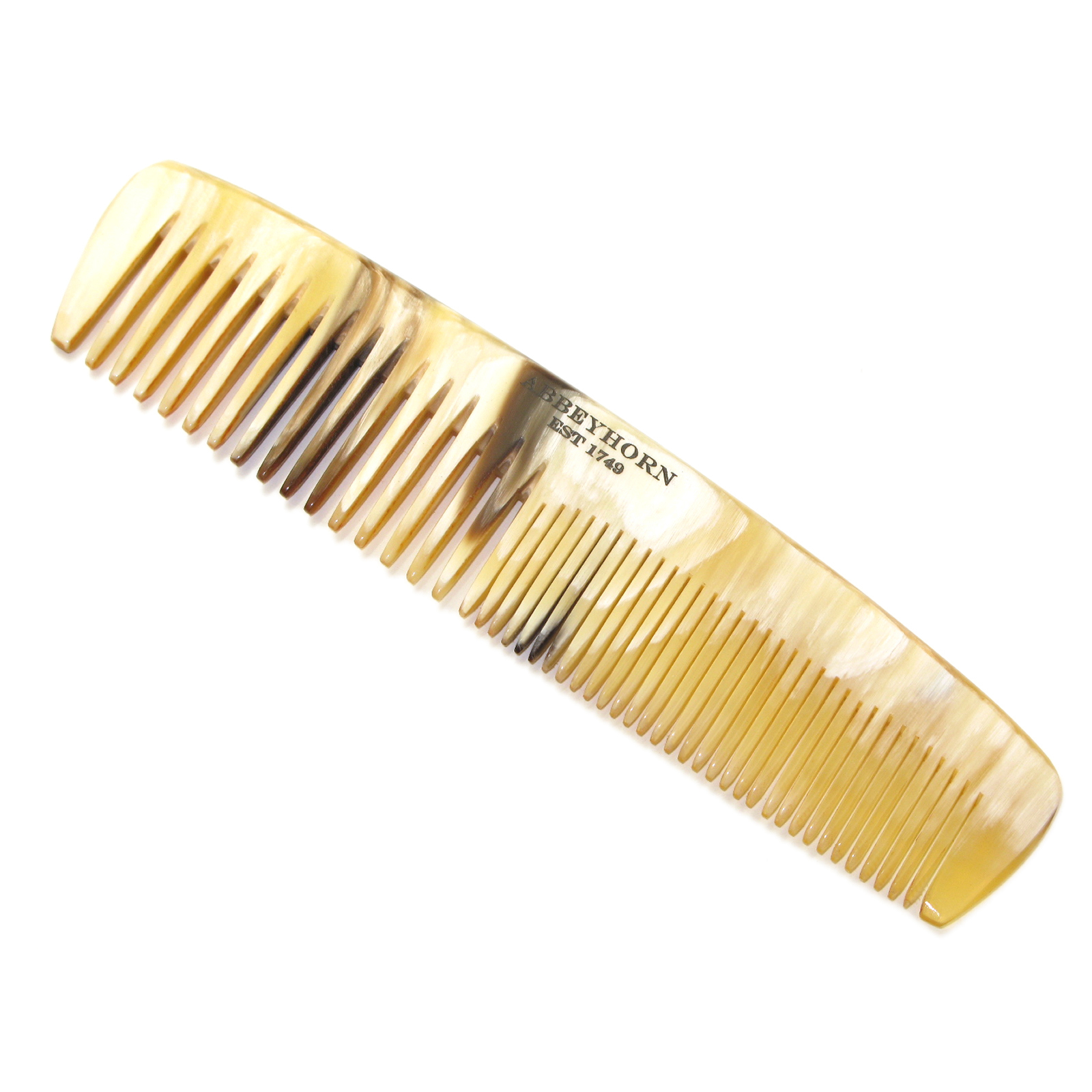 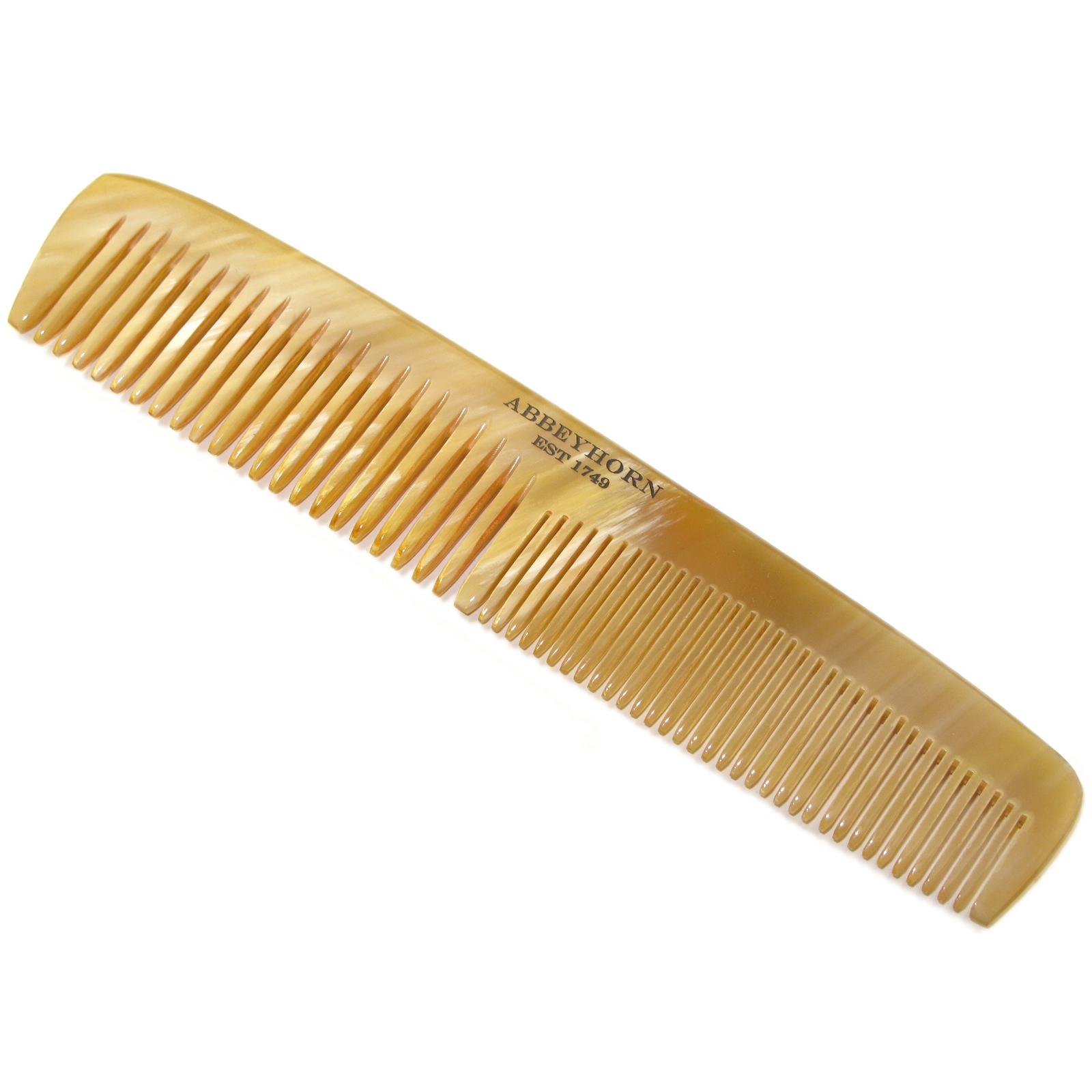 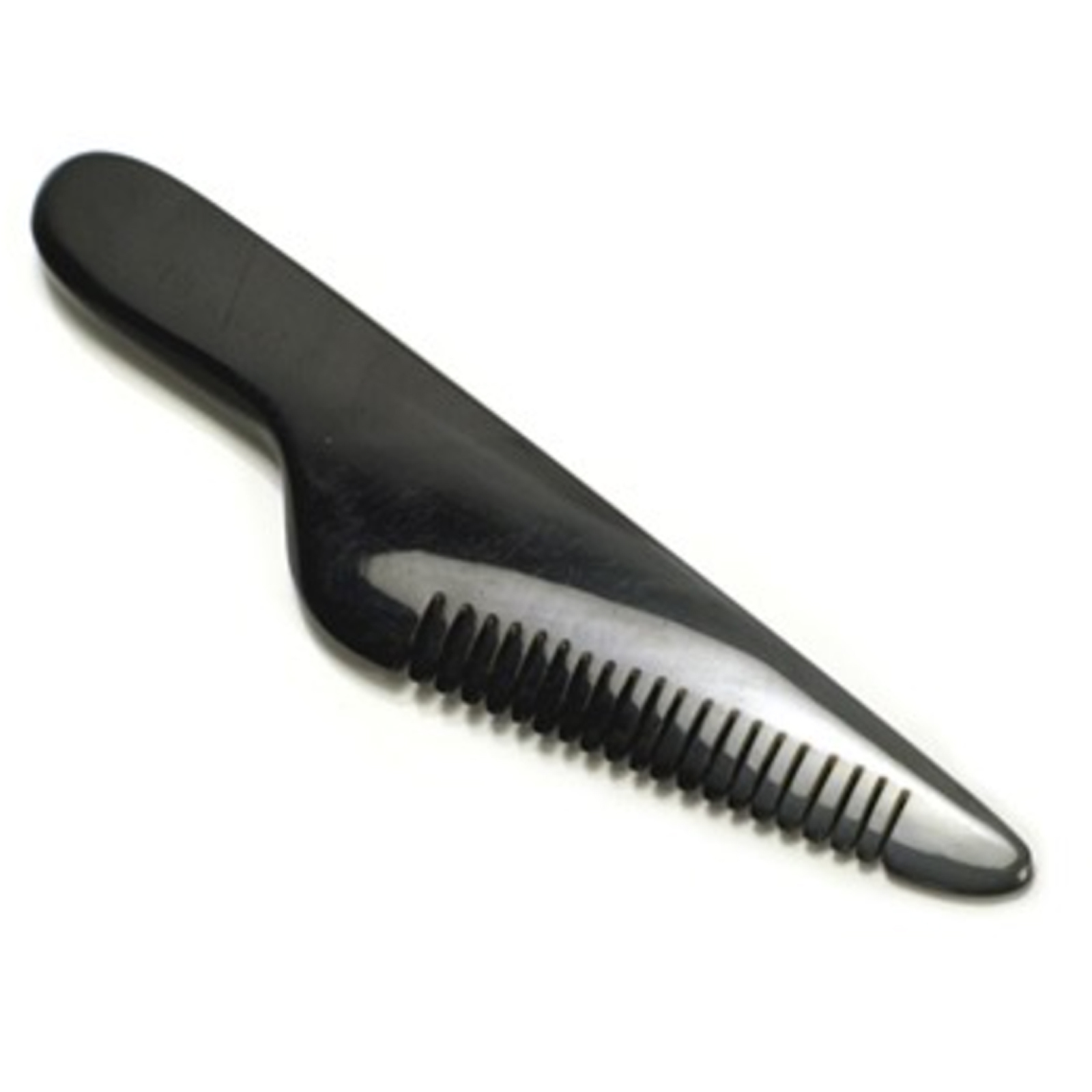 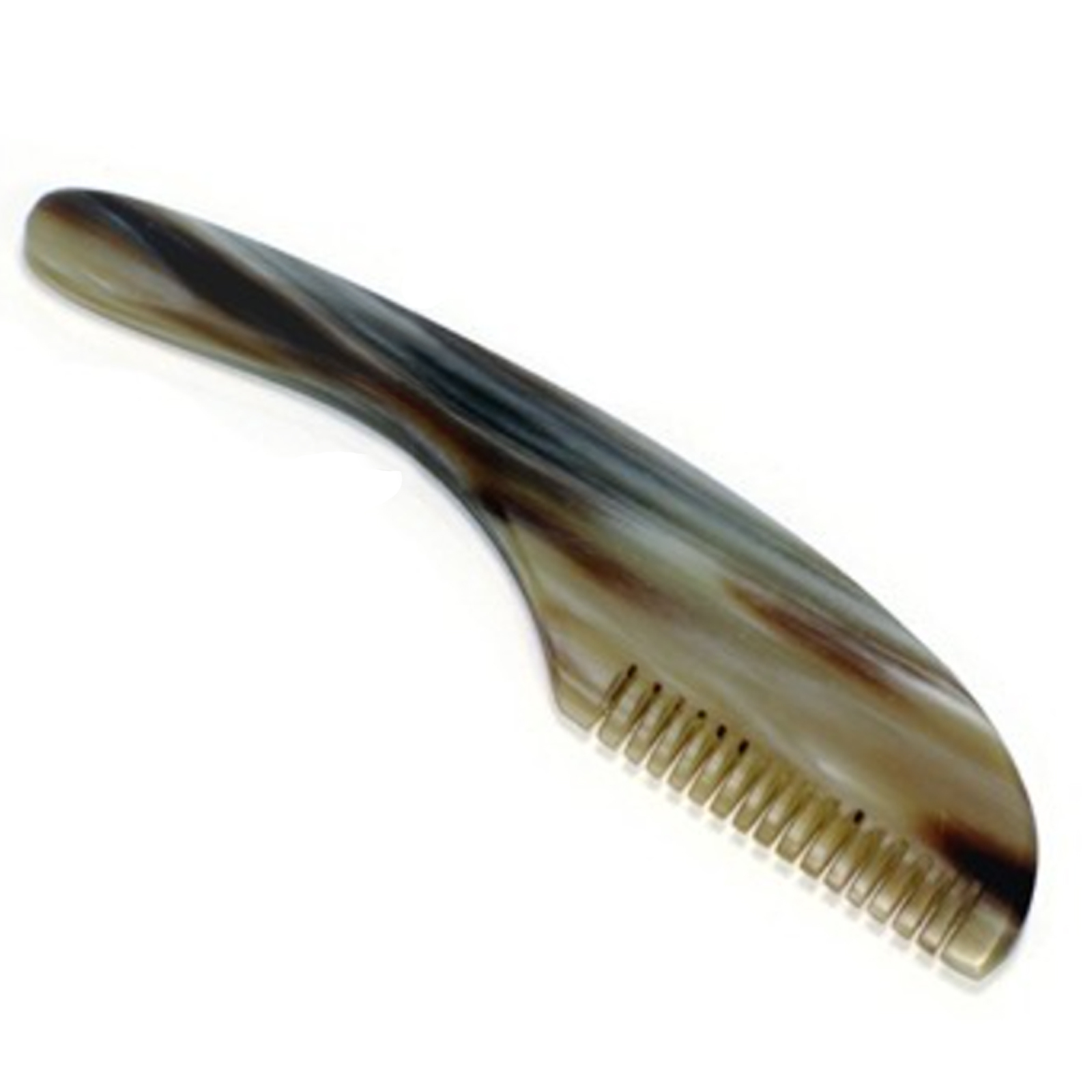 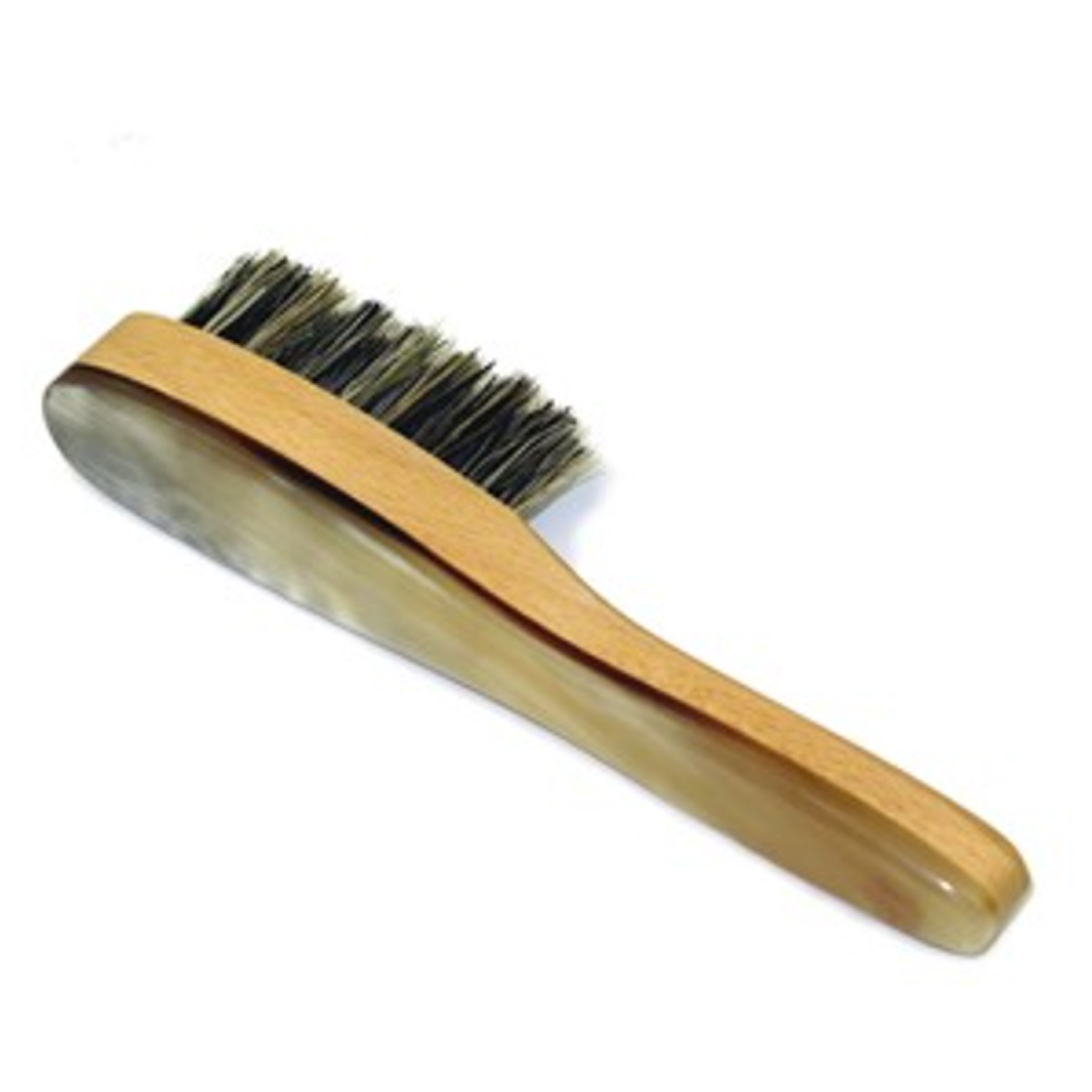 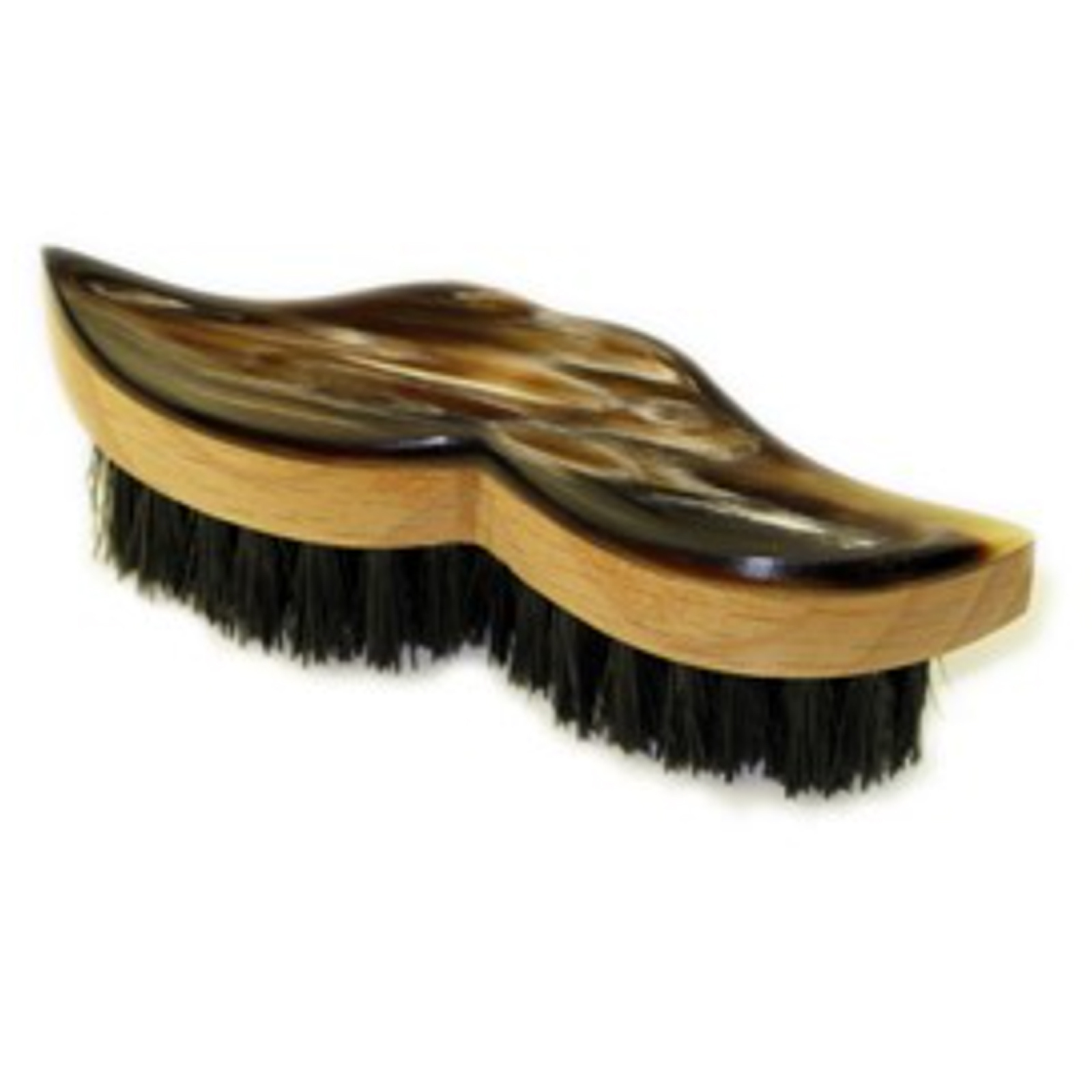 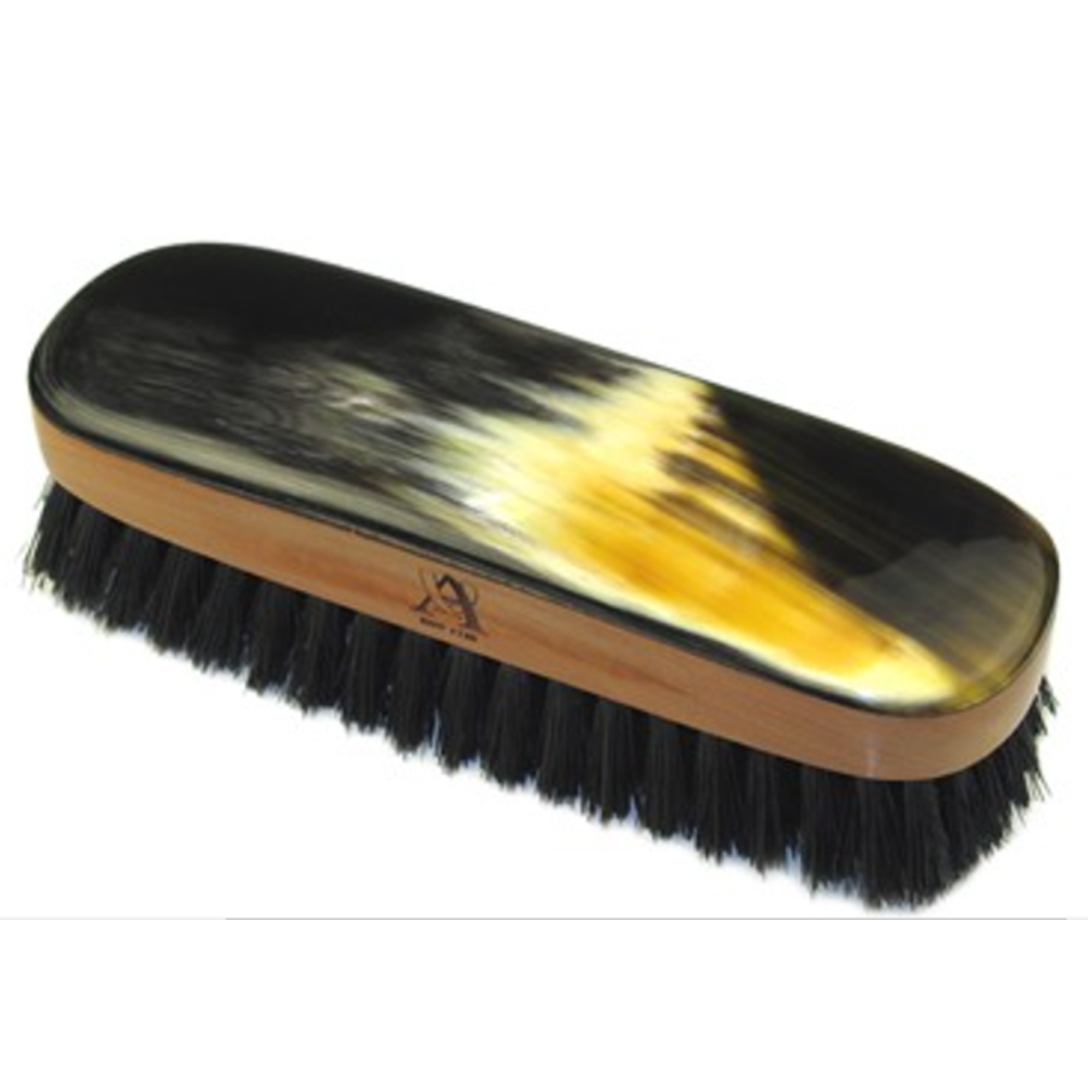 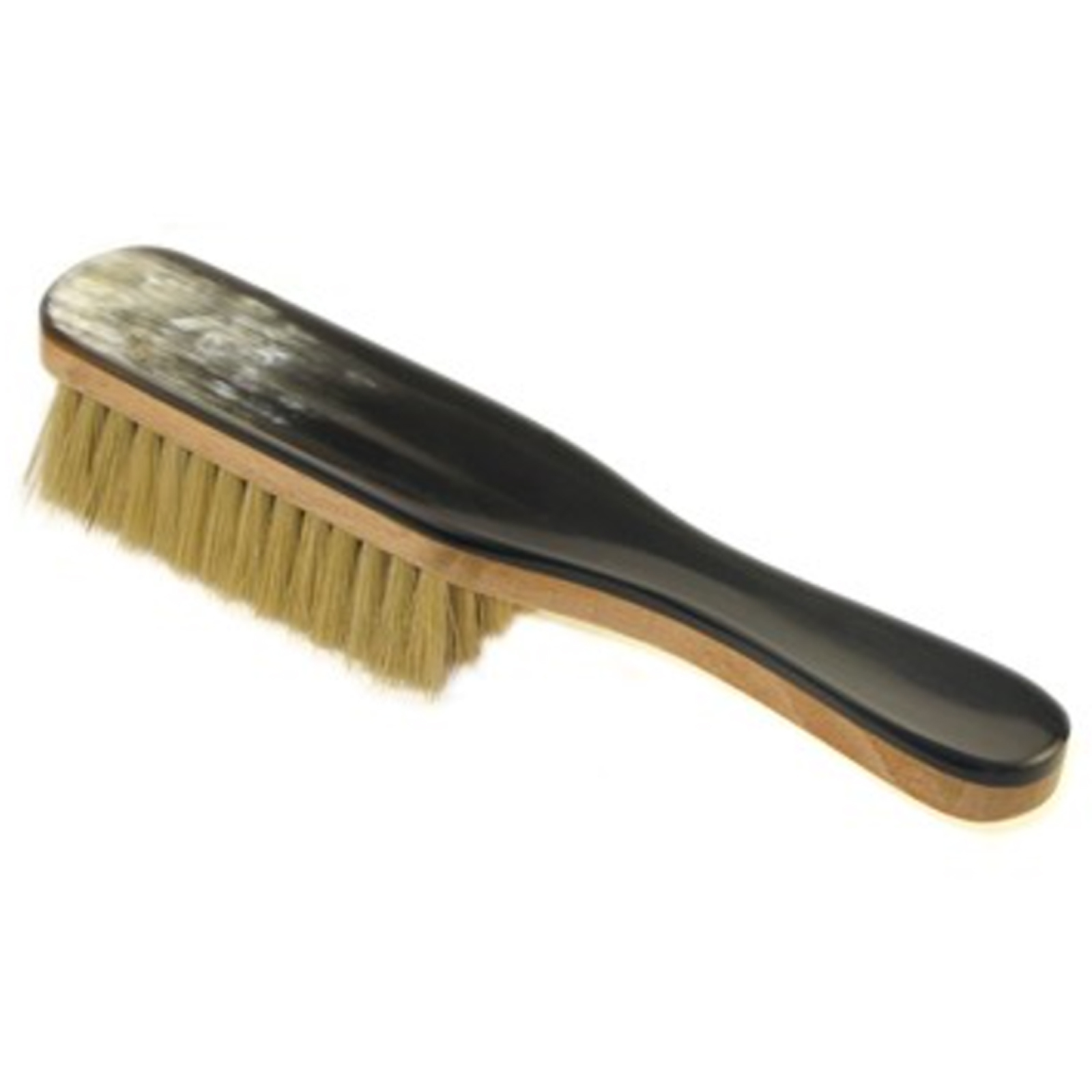 Ox Horn and Pearwood Clothes Brush with Handle by Abbeyhorn
£ 39.50