Out With The Old and In With The New Year

Welcome to the first blog from All English Things. We look forward to giving you news and exciting facts about the English culture and traditions celebrated from county to county throughout the year.
What better time to start than at the beginning of the year where traditionally we look to the future. New Years day is a time for celebration of what is to come in the year ahead and to put the previous year behind you.

The first time the New Year was celebrated on January 1st was in Rome in 153 B.C. (In fact, the month of January did not even exist until around 700 B.C. Then came the resolutions.

Of course many of you will be making a New Year’s resolution, but do you know where this tradition came from? It is believed that the Babylonians were the first to make New Year’s resolutions, and people all over the world have been breaking them ever since. The early Christians believed the first day of the New Year should be spent reflecting on past mistakes and resolving to improve oneself in the New Year. It is also an opportunity to think about a fresh look, new ideas and a different direction. 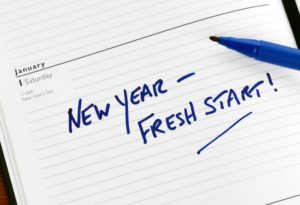 No wonder we celebrate so enthusiastically.  If you are looking for exciting and different home ideas visit An-English-Mans-Home for a little bit of inspiration and for those of you who have not thought about where to go or what to do, there are some traditional ideas below.

Whilst London is celebrated on the international stage there are many other traditional festivities that take place throughout the country. Which brings me to fireworks; Noisemaking and fireworks on New Year’s eve is believed to have originated in ancient times, when noise and fire were thought to dispel evil spirits and bring good luck. The Chinese are credited with inventing fireworks and use them to spectacular effect in their New Year’s celebrations.

New Year’s Eve at London’s South Bank is festive in a way you don’t usually see Towards midnight, crowds of revellers makes their way over to the footpath for Big Ben’s countdown to midnight. When the clock strikes twelve, one of the most spectacular firework displays in the world begins on The London Eye. It’s a good time to reflect on and appreciate the capital in an entirely new light (literally!).

Trafalgar Square
Trafalgar Square, has been a significant landmark since the 13th century. The 169-foot (52 m) Nelson’s Column at its centre is guarded by four lion statues. The square is famously used as a centre for the New Year celebrations. Although there is a lack of official events, groups of revellers still gather there and create a big party celebrating throughout the night and into the early hours of the morning.

Allendale Tar Bar’l Festival, Northumberland
The town of Allendale has been celebrating the new year with a fire festival for at least 160 years The local townsmen, or “guisers”, march towards a bonfire carrying burning whiskey barrels filled with tar, sawdust, kindling and paraffin on their heads. Clad in Pagan costumes and chanting “Be Damned to He Who Throws Last”. they parade around the town before returning to the square just before midnight to throw its barrels on to the waiting bonfire. It’s an amazing sight and definatley one of the most interesting New Year celebrations.  The origins of the festival are unclear, with claims for both pagan and Christian roots. they can definitively date it back to the mid 1800s, though it is thought that they may go back as far as the Middle Ages. To have a peek at the festival click here: Allendale Tar Bar’l Festival

The Lake District
Winter in the Lake District is usually icy and beautiful. Spending New Year here offers a relaxed style whilst maintaining the personal touches, with excellent food and fresh air added for good measure. You can explore the region’s famous hillsides and celebrate in style at the distillery at Bassenthwaite Lake or the wonderful Salutation Hotel in Ambleside where you will receive a cosy and warm welcome with fun and games throughout the night cumulating in a wonderful firework display.

Newquay
Newquay is known for its festive nightlife, and New Year’s Eve is a golden opportunity to see how it got this reputation. It’s local custom for everybody to dressed up in fancy dress costume and take to the streets for a wild night out on the town. Revellers gather at Central square, to watch the fireworks show. Followed by the ceremonial hosing down with ‘snow’ afterwards.

Bideford
Every year the beautiful town of Bideford hosts one of the best New Year parties found in the UK starting with the Magical Moment Children’s New Years Eve Party in the Pannier Market to the live musical performances from local bands the sun goes down over the Quay.

Whatever you choose to do, we hope you have a wonderful time.

Happy New Year to you all from all the staff at All English Things.