A Brief History of the English Teapot

Tea must be the most famous beverage associated with the British public. Of course we all have our favourite mug that no one else can use, and we are still invariably drawn to that pretty teapot from which the tea has been poured.

British public were introduced to tea from China in the 17th century with the East India Company initially importing Chinese green tea. However because the sea voyages back to England were so long it proved difficult to keep the tea fresh. For this reason the East India Company decided to sell black tea instead which is the bases of our traditional English breakfast tea which we all know and love. This exotic beverage was very expensive and highly prized with tea drinking being the preserve of the rich and fashionable.

At the time, the British did not know how to produce high-quality bone pottery teapots, the teapots they did produce were made from earthenware and unable to reliably withstand boiling water. For this reason Teapots were mainly imported from China. These teapots became popular and people started to collect them. At the time they were referred to as pots from the East Indies.

The famous English Heritage Brown Betty teapot made from red clay was created for the first time in the 1695 by the Swinton Pottery it has stood the test of time and is still in production today.

Tea drinking remained fairly exclusive until 1784, when the government lowered the tax rates levied on tea. This reduction was in response to several consecutive poor grain harvests, which had driven up the price of beer which until then had been the staple drink of the nation which was drunk throughout the day including at breakfast.

The lower price made tea more affordable and the popularity of tea spread wildly, as did the opportunities for the English potteries. The British pottery industry was given a further boost when the East India Company decided to stop importing Chinese porcelain in 1791.

This left British makers with an effective monopoly, since Britain was at war with most of the Continent at that time and so could not import from Europe. As tea became ever popular a whole new industry developed, with Stoke-on-Trent becoming the capital of English fine bone china.

Stoke City Football Club, is still known as "The Potters"- a reference to the teapot making heritage of the city.

By 1815, hard paste porcelain had been perfected. This used animal bones to produce a body that was finer, whiter and stronger than soft paste porcelain and large deposits of this very fine grade clay were found in Cornwall where it is still extracted today. This formula, better known as bone china, remains the main type of porcelain made by British potteries today. 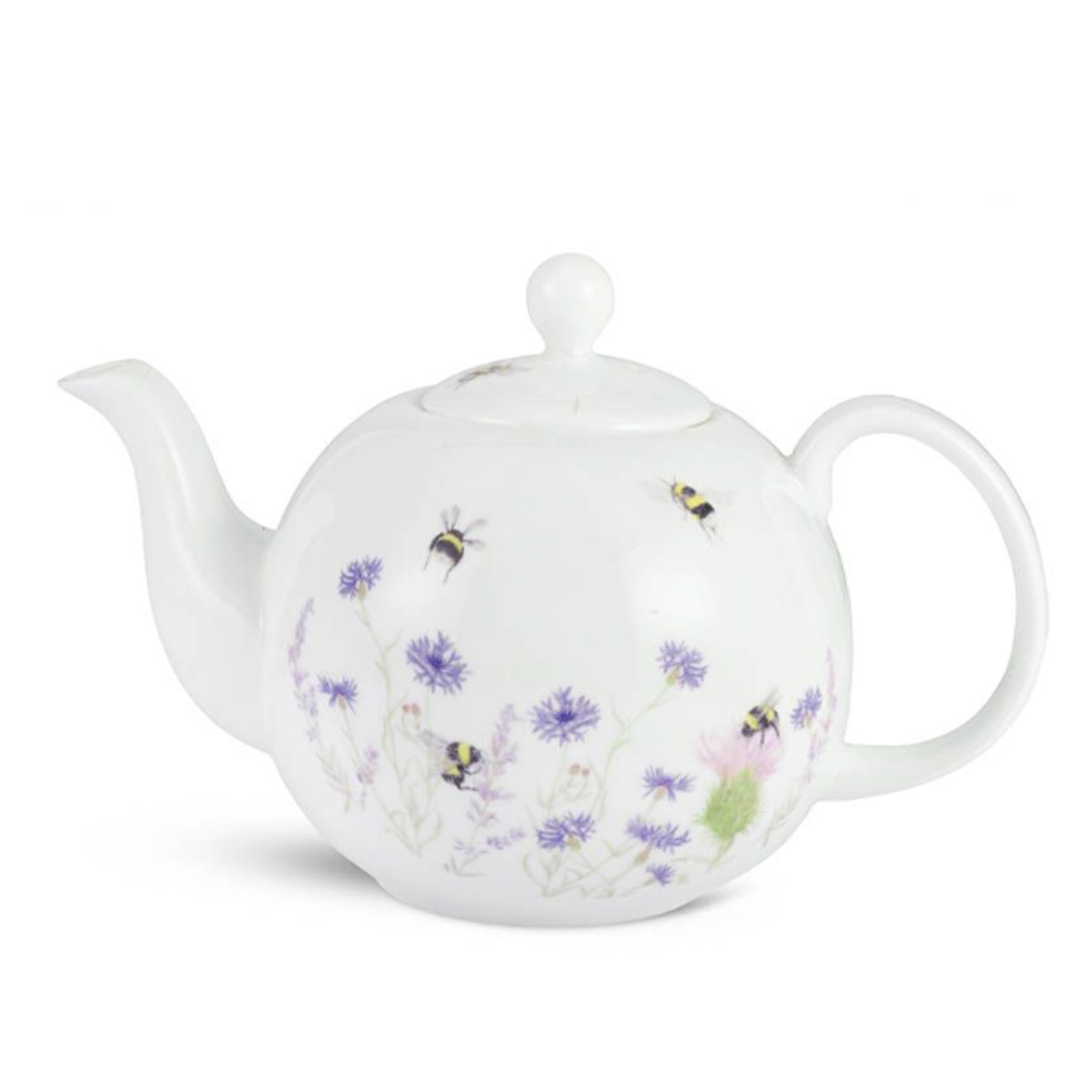