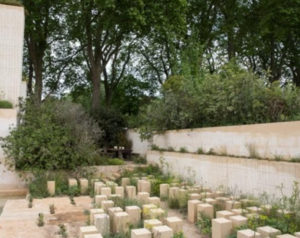 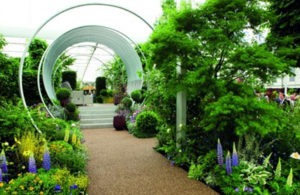 There are 157,000 visitors each year (limited by the capacity of the ground) the show is an inspiration to new and experienced gardeners alike and with the queen being the patron, and many royal family members visitors , the Chelsea Flower Show has more importance than any other gardening or horticultural event.

The English country garden and the British gardening culture has led to a profusion of beautiful private gardens all over England and Britain celebrating an outdoor room with self expression.

Here at All English Things we celebrate our passion for this traditional past time with a range of beautiful gifts, presents and mementos for you to cherish

A Little bit of History about the RHS Chelsea Flower Show

The Chelsea Flower Show was originally called the Royal Horticultural Society’s Great Spring Show, and was first held in 1862, at the RHS garden in Kensington. The show moved to its current site, the 11 acre grounds of the Chelsea General Hospital in 1913.

From 2005 the show was increased from four days to five, with the first two days only open to RHS members and it is usual for several members of the British Royal Family to attend a preview of the show,

There are four grades of award presented, gold, silver-gilt, silver and bronze although bronze exhibits do not actually receive a medal.

All the Show Gardens are built from scratch in just 19 days and are dismantled in only five days.

The record for the most consecutive Gold Medals won at the annually-held Royal Horticultural Society’s Chelsea Flower Show, is 72 and belongs to Hillier Nurseries of Romsey, Hampshire, UK with Ricky Dorlay their plantsman holding a record 52 consecutive golds.

The Chelsea rules forbid the use of garden gnomes throughout its history, however, Jekka McVicar, a regular exhibitor, used to smuggle a gnome into her exhibits

The History Of The Gardens

The Royal Hospital Chelsea dates back over 300 years during the reign of King Charles II. His vision that the country owes a debt of gratitude to its old soldiers and the creation of a home for veteran soldiers was brought to life by Sir Christopher Wren.
The residents of the Royal Hospital, known the world over as Chelsea Pensioners, have all served as ordinary soldiers in the Armed Forces 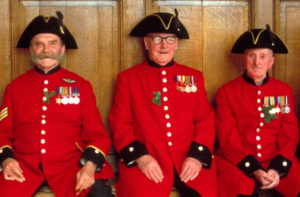 The long scarlet coat worn by the Chelsea Pensioners is an icon of the Royal Hospital Chelsea. However, the Pensioners wear two types of uniform, known fondly as ‘scarlets’ and ‘blues’.

Tricorne Hat
The tricorne hat is worn on ceremonial occasions. the Chelsea Pensioners usually wear this if a member of the Royal Family is present.
The hat evolved from the floppy felt hats worn out on the field by soldiers. Due to the sides of the hats getting in their way during battle they would pin both of the sides up and to stop the rain dripping down their necks they would pin up the back as well, creating the tricorne shape.
These hats are still made from felt in a traditional method, unchanged since the 19th Century.

Buttons
Originally made from brass, each coat has nine buttons. In 1959 the brass buttons were replaced by anodised ones, which do not require polishing. The buttons are engraved with the symbol of the crown and the letters RCI, the initials of the Royal Corps of Invalids.

Rank
All Chelsea Pensioners wear the badge of the rank on their uniforms that they held on discharge from the army. Stripes are worn for non-commissioned ranks from Lance Corporal to Staff Sergeant. For those who were Warrant Officer and above they wear either a crown or a coat of arms badge to define their rank.

Trousers
In 1843 trousers were introduced instead of breeches. In 1961 dark blue tweed trousers adorned with a thin scarlet stripe running down the outer seam were issued and the same style is in use today.

The blues and shako uniform is worn on a daily basis by most Chelsea Pensioners and can only be worn within a two mile radius of the Royal Hospital.

Shako:
In 1843 shako caps were introduced that were of a similar design to the army uniform of the day. The shako caps are embroidered with the letters RH, the initials of the Royal. Most of the pensioners find these more comfortable to wear than the tricornes

Blues Jacket:
In 1707 each Pensioner was supplied with a ‘greatcoat’ of dark blue as before this time, many of the Chelsea Pensioners would only have owned one set of clothes. The coat helped the Pensioners keep warm during winter. It was eventually replaced by the double breasted blue jacket, which is now worn all year round.

Medal Bar:
Chelsea Pensioners do not wear their medals on their blues uniform as it is worn for casual occasions; instead their medal bar indicates their awards