Whilst you are huddled around the bonfire watching the fireworks why not celebrate with our Toffee Apples, Toffee and Apple Biscuits and Mulled Wine.

But do you know the history behind the plot? 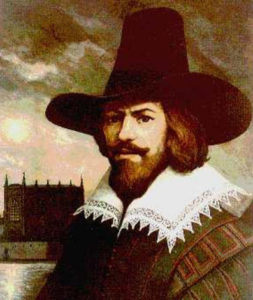 Guy Fawkes also known as Guido Fawkes, the name he adopted while fighting for the Spanish, was a member of a group of provincial English Catholics who planned the failed Gunpowder Plot of 1605.

He travelled to Spain to seek support for a Catholic rebellion in England without success but met Thomas Wintour, with whom he returned to England.

Thomas Wintour introduced Fawkes to his cousin Robert Catesby. Robert Catesby was the leader of a group of provincial English Catholics who planned to blow up King James I and restore a Catholic monarch to the throne.

There were 13 conspirators in the plot. These conspirators leased a cellar beneath the House of Lords, (part of Westminster Palace and home of parliament for the United Kingdom). Guy Fawkes was placed in charge of guarding and igniting the 36 barrels of gunpowder which were placed directly below where the king would have been sitting for the opening of parliament.

Prompted by the receipt of an anonymous letter warning Lord Monteagle to stay away from the state opening of Parliament where both King James 1 and many of the parliamentarians would be present, the authorities searched Westminster Palace and during the early hours of 5 November found Guy Fawkes with the explosives.

After Guy Fawkes was caught he claimed that his name was John Johnson, he was questioned and tortured and eventually signed a confession in the name of Guido Fawkes, the name he adopted when fighting for the Spanish.

On the night that the Gunpowder Plot was uncovered, bonfires were set alight to celebrate the safety of the King.

Every year since, the Gunpowder Plot has been commemorated in Britain With November 5th being known as Guy Fawkes Night or Bonfire Night and Guy Fawkes effigy is traditionally burned on a bonfire accompanied by a fireworks display.

Today, the monarch enters the Parliament once a year, on “the State Opening of Parliament”. Prior to the opening, and according to custom, the Yeomen of the Guard still search the cellars the Palace of Westminster.