Valentines Day Is Upon Us, But What’s In A Kiss? 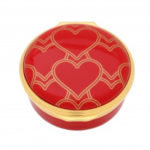 Although there is no definitive answer to how a cross came to mean a kiss, the custom of placing “X” on envelopes, notes and at the bottom of letters to mean kisses dates back to the Middle Ages, when most of the common people could not read or write.

A cross was drawn on documents or letters to mean sincerity, faith, and honesty. A kiss was then placed upon the cross, as a display of the writers sworn oath, similar to the custom that was used in early Christianity. According to Marcel Danesi, professor of linguistic anthropology “X” meant Christ, and because of that, it meant faith and fidelity,” 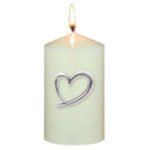 The acronym SWALK, (Sealed With A Loving Kiss) became popular during World War I where soldiers would write this on their letters home to loved ones.

The Oxford English Dictionary attributes the first recorded use of x as a kiss to British curate and naturalist Gilbert White.  A  letter he wrote in 1763 ended, “I am with many a xxxxxxx and many a Pater noster and Ave Maria, Gil White.” ….. (How sweet!) 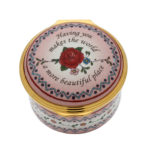 Looking to show your affection on Valentines Day?  Why not give a gift to treasure forever from kisses to hearts and roses we have curated a beautiful selection of unusual gifts for you to choose from.